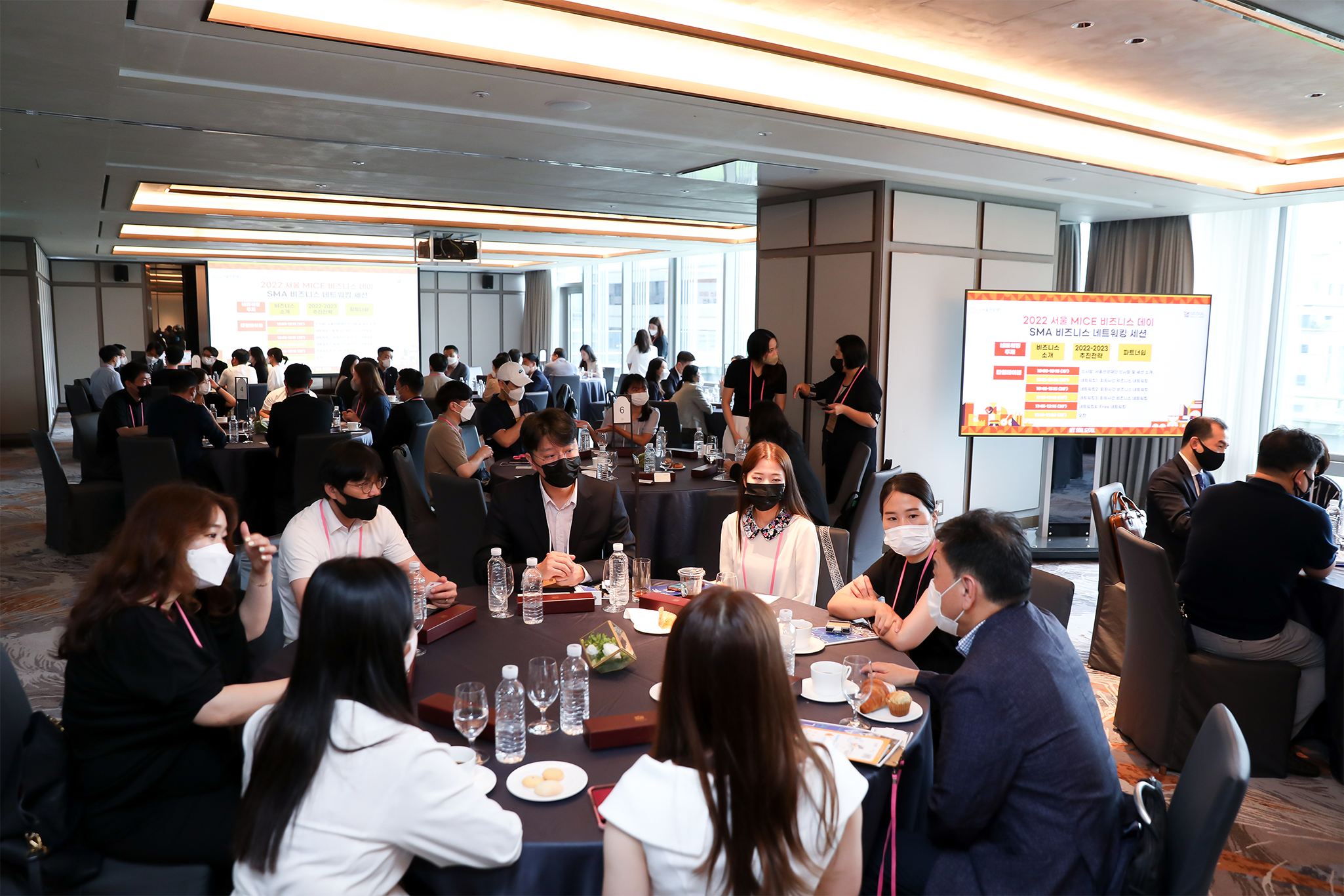 “Seoul MICE Business Day is part of our efforts to attract and host new MICE events effectively and to provide the MICE industries with opportunities for integrated business and networking,” explained Seoul Tourism Organization (STO).

According to Seoul Tourism Organization, the event was held on July 7 at the Josun Palace Seoul Gangnam and attended by a total of 143 participants, including 64 persons from 58 event and meeting organizers, 57 persons from 54 Seoul MCIE Alliance (SMA) members and 22 persons from Korean Society of Association Executives (KSAE). In particular, it held great significance that the Josun Palace Seoul Gangnam, the event venue, recently became a SMA member of the MICE Facility sector.

SMA Business Networking and KSAE Leadership Forum were held simultaneously in the morning. SMA Business Networking was held in the Royal Chamber Hall, and Leadership Forum in the Great Hall. Afternoon sessions included one-on-one consultations between SMA members, the sellers, and organizers (academic clients), the buyers. For the morning session, SMA Business Networking served as a venue for cooperation opportunities between member companies in line with their request to increase communication opportunities among members of other SMA sectors. During the business networking, business trends and insights on partnership establishment were exchanged and shared among SMA members. 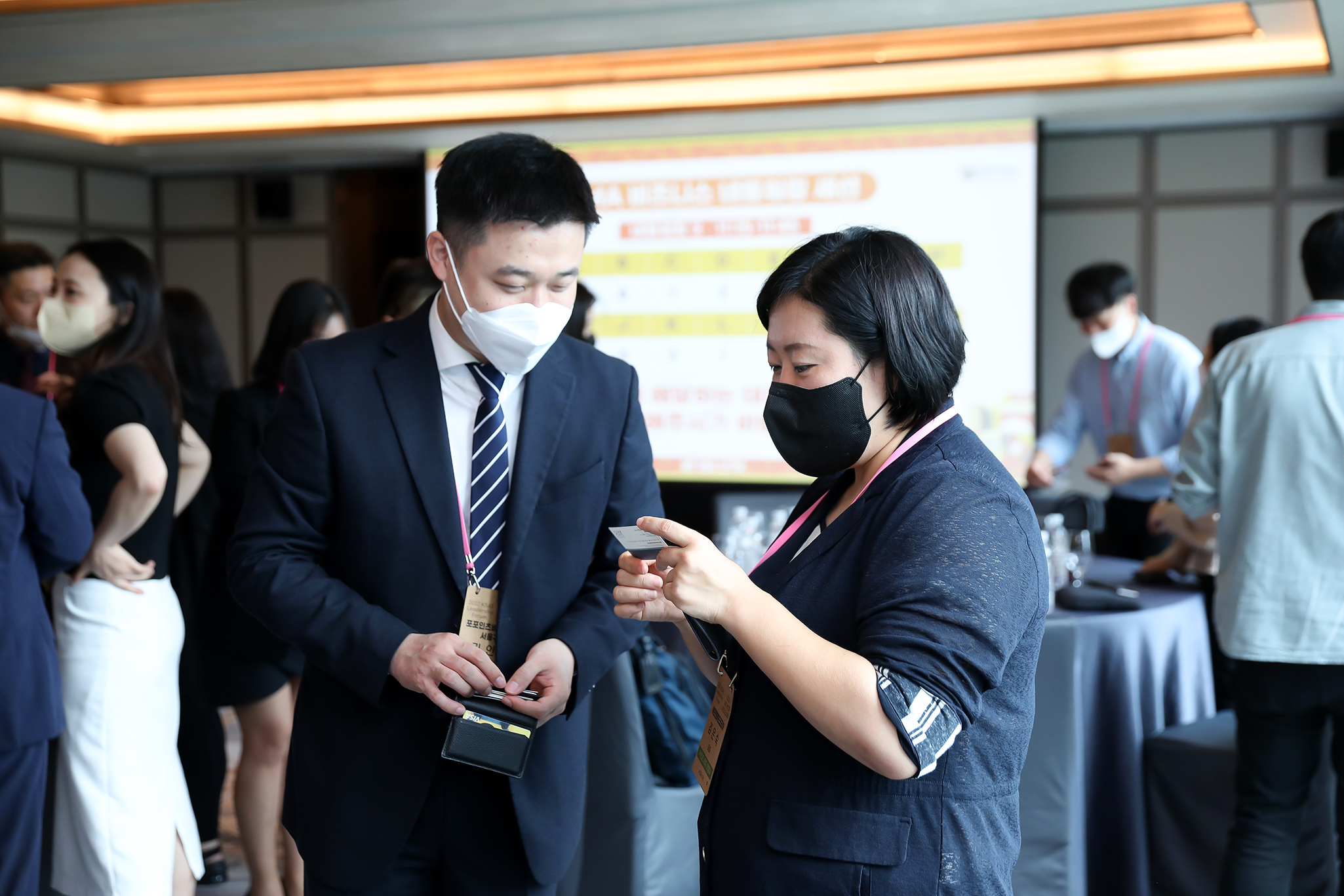 “This event will be a starting point for us to support integrated business and practical business opportunities between SMA members and event and meeting organizers at full force,” said Jin Hyeok, Park, director of the Seoul Convention Bureau of STO.

The event also distributed name tags made of craft paper instead of using an acrylic case to promote the ‘sustainable MICE’, an eco-friendly approach. QR codes on the back of the name tag designed to check the consultation schedule were also part of the efforts to reduce printouts.