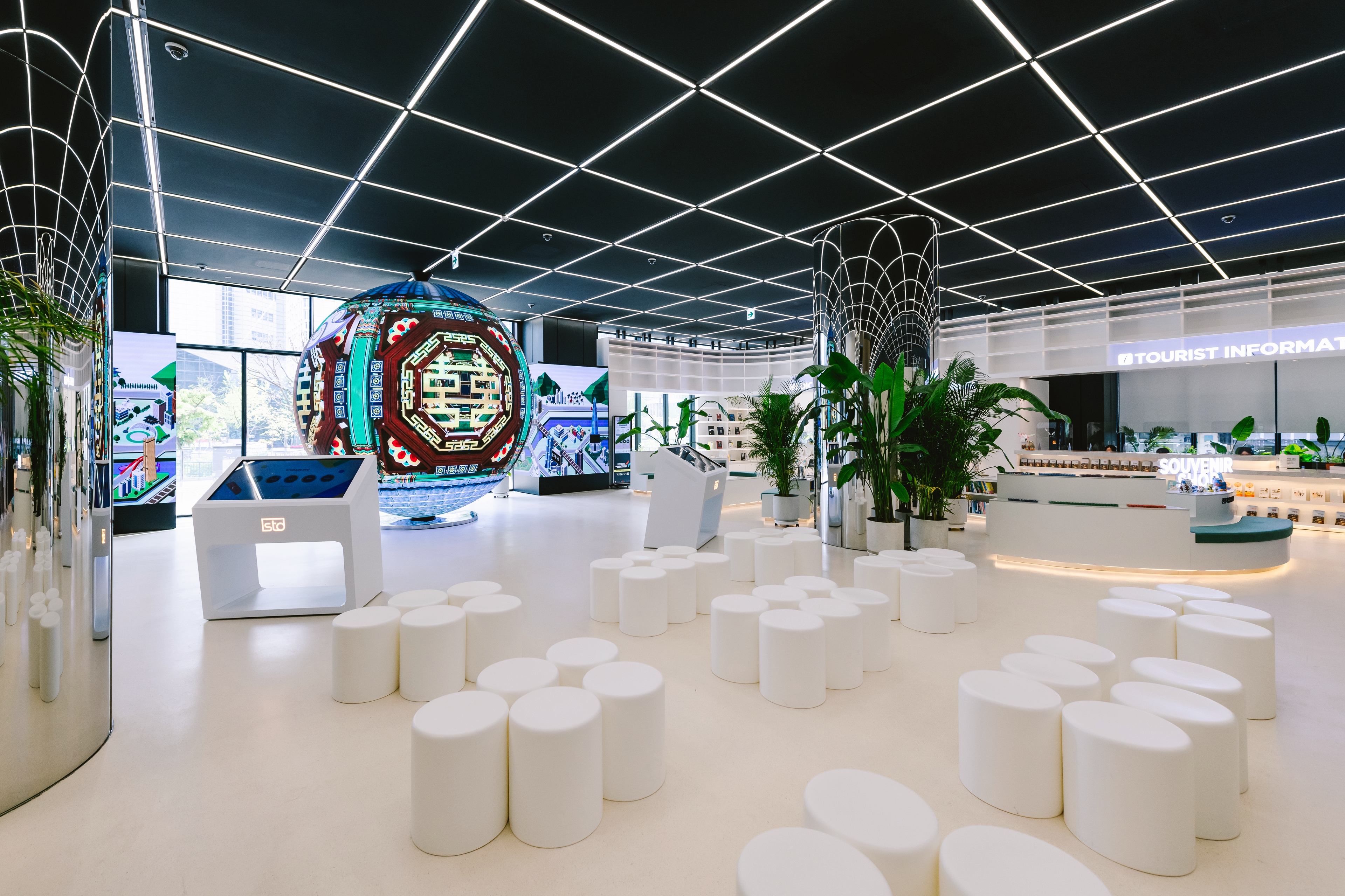 'Nine stories in the area of 6941㎡', a large-scale control tower in Jongno-gu

'Seoul Tourism Plaza,' which encompasses all aspects of Seoul's tourism industry, opened on April 29th. Located in the nine stories (1st floor and from 4th to 11th floors) of Samil Building at Gwancheol-dong, Jongno-gu, Seoul Tourism Plaza is a large (6941㎡) control tower that will charge the tourism industry of Seoul. An official from the Seoul Tourism Organization said, "It is a hub to support Seoul's tourism not only in overcoming the unprecedented blow from the prolonged COVID-19 pandemic but also in taking an advantageous position in the rapidly changing tourism trend." The official added, "we focused on creating a space where related parties can organically connect and participate through collaboration."

The Seoul City plans to operate Seoul Tourism Plaza to perform its three key roles. They are; △supporting the tourism industry in crisis due to COVID-19, △strengthening governance through cooperation with major associations, institutions, and public-private partnerships, and △expanding opportunities for citizens to enjoy tourism.

To achieve these, Seoul Tourism Plaza was formed as a huge business market that can bring the tourism industry, academia, associations, and institutions together. In fact, tourism associations in Seoul, foreign tourism boards, and promising startups clustered at Seoul Tourism Plaza. In addition, tourism policy execution, company and industry supports, and networking functions are all placed there as well.

Upon its opening, seven tourism associations, including the Seoul Tourism Association, Tourism Australia, and the Korea Association of PCO and 15 promising tourism startups, selected through a public contest, moved in. The Seoul Tourism Organization and the Seoul Tourism & MICE Support Center also plan to take occupancy. Tenancy of such organizations that execute the city's tourism policy is expected to create synergy.

The first sets of startup tenants have been proven to be solid performers and are worthy of attention. For example, AR-based tourism developer-cum-operator iMPERFECT, subscription-based Hallyu content provider MUSICKING, and traditional Korean culture experience platform operator modernhan are already established startups and renowned for their high-quality service of fresh themes. Seoul City has also selected 52 other startups that can use shared spaces and corporate support programs at Seoul Tourism Plaza.

The city of Seoul provides exclusive and shared space for those 67 startups and actively puts in force its support programs tailored for each company. Startups receive consulting to identify what they need and assistance in commercialization, promotion, marketing, and investment attraction. Startups can air YouTube broadcasting or shoot advertisements at the online studios and build networks with associations, institutions, and overseas tourism boards that took office in Seoul Tourism Plaza.

Since the Korea Tourism Organization was relocated to Wonju, Gangwon-do, in 2015, the industry has continuously demanded a space to serve as a tourism hub in Seoul, a representative tourist destination in Korea. In response, Seoul City developed the mid-term development plan of Seoul tourism (2019~2023) and set up Seoul Tourism Plaza.

An official from the Seoul Tourism Organization said, "The post-COVID tourism will be all about safety, local, non-face-to-face, and digital. To secure demand for global tourism before any other city, the city of Seoul is actively implementing a project to support, recover and leap for Seoul tourism. We will do our utmost best to leap forward to 'new Seoul, new tourism' through Seoul Tourism Plaza's successful execution of the control tower role.