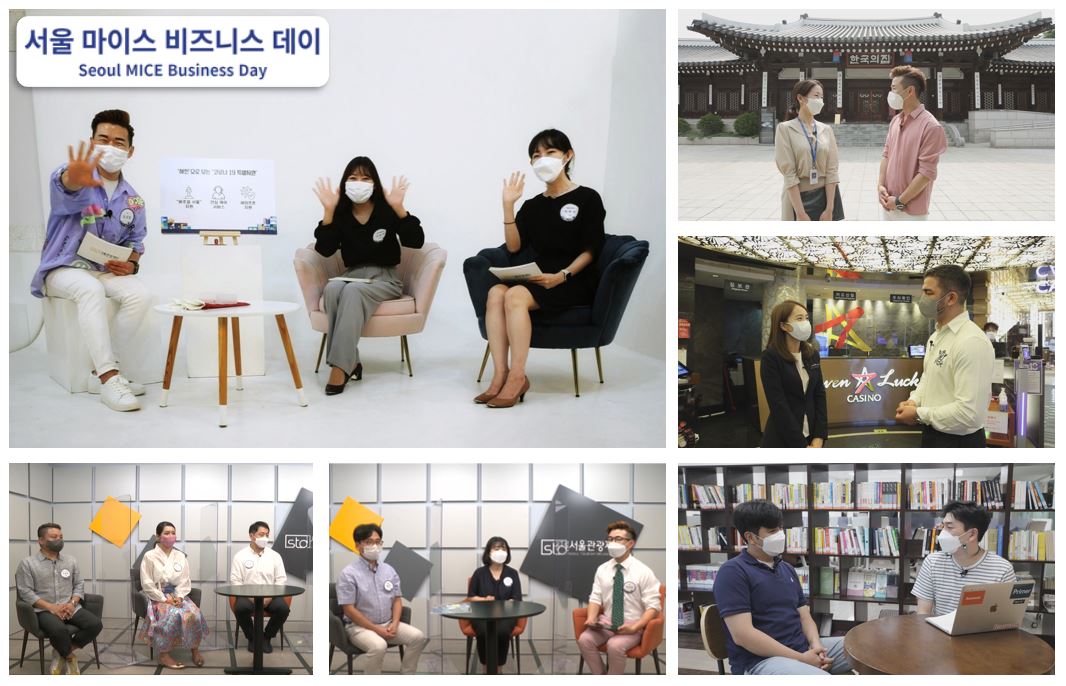 ​Seoul Tourism Organization successfully organized and held Seoul MICE Business Day on August 18-19 to serve as a meeting place for associations and Seoul MICE Alliance (SMA) members come together with to boost up the prospective MICE events in Seoul. Establishing active networking between associations and the key players of the MICE industry is an essential step in sustaining the ecosystem of the future.

Seoul MICE Business Days filled the morning program with informative sessions in the format of popular broadcast programs to eliminate any possible fatigue of online events. On the morning of the first day, the PLUS SEOUL Support program and Case Study of Successful Attraction and Hosting were introduced under the title, ‘Get ready with Seoul.’ The following morning was solely yielded to SMA members to promote themselves to associations gathered online. Korea House, Seven Luck Casino and Swiss Grand Hotel were pre-recorded with a host to explore the venue and services. Some other SMA members, such as Ubcomm, Movv, Openbooth, Modern.han, and Global MICE Experts Group joined for the quiz program. Then two MICE-tech startup companies, Salin and Roovook, introduced themselves in a V-Log format and told the stories inside the company. A total of 274 viewers over two days participated in different events like leaving comments, finding logos and participating in the quiz programs and received prizes prepared.

A total number of 229 meetings were conducted, of which 60 percent were between SMA member companies. While it was expected for the business meetings between the associations and the SMA members to be bolstered, surging of the ones between the SMA members was a stimulating surprise. It is a clear evidence that the industry aspires to event to build networking within locals. Strengthening local networking is stressed for its importance in the era of ‘living with COVID-19,’ the Seoul MICE Business Day will bridge the lost time to the promising forthcoming of Seoul MICE industry.