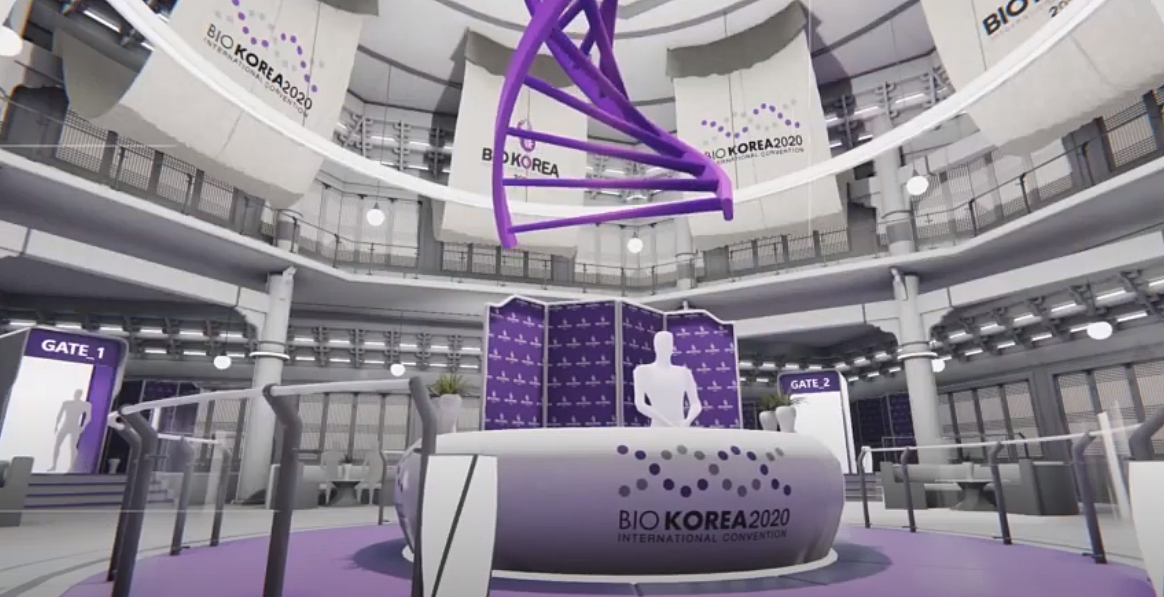 Opinions diverge among the 393 participating firms

The advancement of meeting technology is about to open a new chapter of the exhibition industry. Case in point: BIO KOREA 2020, an online conference and virtual exhibition taking place in Korea. On the 18th, the conference kicked off with the keynote speech given by Jerome Kim, the Director-General of the International Vaccine Institute. Until the event closes on the 23rd, it will offer five programs including an e-Conference, a Virtual Exhibition, a Business Forum, Invest Fair, and Job Fair simultaneously.

BIO KOREA 2020 was supposed to be held at COEX, located in downtown Seoul. However in March, many other events were getting postponed or cancelled due to the COVID-19 around that time. The organizers of BIO KOREA 2020 decided to host the event online after few considerations of the local and global situation. The organizers considered delaying the event, but even booking a venue for the latter half of the year appeared to be an obstacle for such a big-sized event. The bigger reason came from the situation of Korea getting stronger global prominence in the medical and biochemistry fields. President Deok-cheol Kwon of the Korea Health Industry Development Institute (KHIDI) explained that Korea’s efforts to contain the novel coronavirus outbreak grabbed the attention of the foreign countries throughout the world, played a key role in deciding to move BIO KOREA 2020 online. Utilizing Korea’s extraordinary expertise in ICT built a strong trust and attracted more countries to participate in the event. He also mentioned that moving it online raise the accessiblility for the participants who would have been visitors offline that it would further serve as a boost to the growth of Korea’s bio-industry.

Participating companies showed different responses to the news of BIO KOREA 2020 going virtual, as the idea of an online conference is simply new to them. Some of them chose to operate a premium booth, while some others decided to pull out from the convention. It has been confirmed that the event will be partnering with a total of 393 firms, many of which are still deciding about what would be the best to present at the virtual convention. The organizing committee are supporting the companies closely with producing customized multimedia contents. For instance, a 3D animated video were made about reagents for the participant firm develops the diagnostic reagents. The company appreciated the vidoe very much as it could be used even afterwards at the IR meetings or other international conventions.

Another part that the organizers put much efforts was to ensure the event’s success by eliminating technical difficulties. In order to avoid any problems cuased by heavy traffic, the registrants are to be given choices to explore the virtual exhibition by downloading it on their computer, smartphone, tablet PCs, or any other mobile devices. Also combining enough companies to secure the smooth connection and stable server services, as many as 4,000 people can access the virtual exhibition at the same time. 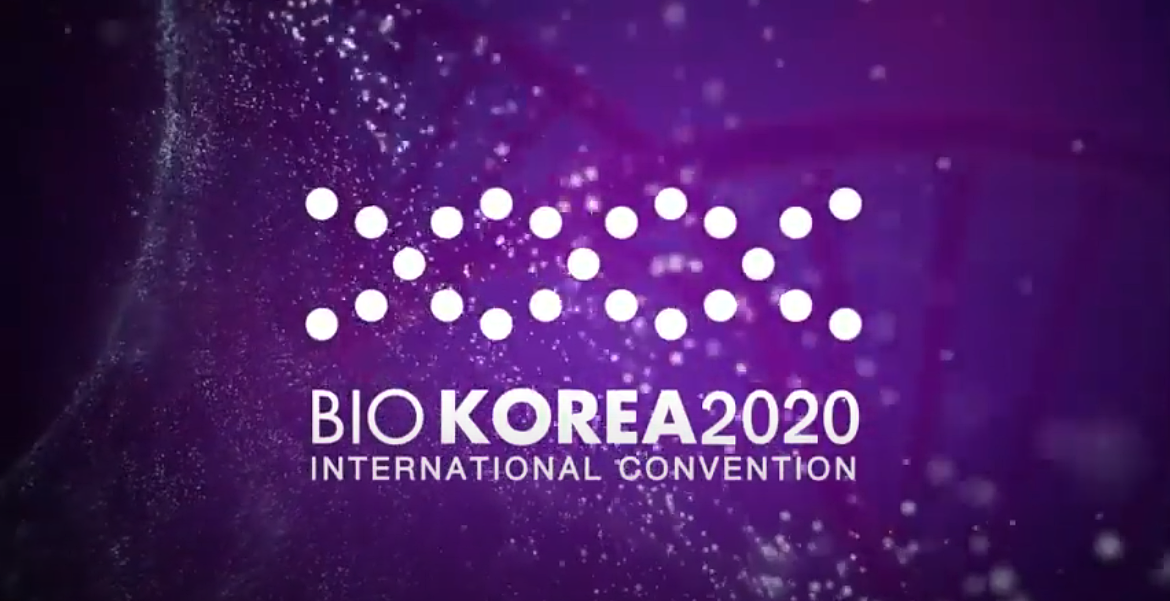 The out-of-the-box convention is open for six days, 24 hours

Browse products with 3D scans, and explore the companies with 360 VR

Many personnel from the bio-industry and people who were interested in online convention accessed the virtual exhibition as soon as it opened on the first day of the convention. BIO KOREA 2020’s prominence was showcased by the e-Conference, which was joined by over 90 speakers globally who were scheduled to discuss 13 topics throughout 24 sessions. This year’s BIO KOREA is more significant than any other of its series, as it hosts the special sessions on COVID-19 where experts present about the vaccine development as well as the international cooperation on the outbreak’s containment. BIO KOREA 2020 offers various other lectures as well. Presentations on Alzheimer’s disease, propective outlook of the future technology, electroceuticals, AI-powered digital healthcare innovation, and the K-beauty will offer insights into the rapidly changing bio-industry.

The virtual exhibition, an online equivalent of the company booths at physical exhibitions, also gained many positive feedbacks from the participant. The VR videos showed the inside of hospitals and manufacturing processes of bio-products. The 3D scanning programs presented various products and devices as if they are right before eyes. The viewers better understood some of the presented items with help from the 3D animation video clips introducing the items in detail.

The convention also had a VR promotion platform for the innovative players of the Fourth Industrial Revolution. There were over 1,600 online business meetings on average for every half an hour, and Job Fair was offered to match job seekers in the field with participating companies. One of the organizers highlighted that BIO KOREA 2020 was the first case to go fully virtual in the world. There have been virtual conferences, online export conventions, or online exhibitions but nearly all of them were only virtual partially, and they had a physical venue as well.

BIO KOREA 2020 presented the areas for potential improvements for the coming years as being the first of its kind. One remote visitor pointed out that despite the high quality of the convention and its well-designed programs, the lectures and presentations given by over 90 speakers were longer than expected. Contents uploaded online tends to be shorter than what are offered offline that shorter contents might have better survival for the full digest of it. Some said the event could utilized more interaction whereas few mentioned they simply preferred conventions in a physical setting with real interactions.

These feedbacks will contribute to the higher quality in personalized experience for the future editions of the BIO KOREA series. Opions of creating virtual representations of self, such as customizing avatars might be essential said Ms. Um, Director of the KHIDI’s Bureau of Health Industry Promotion. She added that even though virtual convention is at its infancy, it certainly served a fundamental function of offering preliminary meeting opportunities as the physical conventions. As the Korea’s very first virtual convention, BIO KOREA 2020 had the local and global MICE industry join the new beginning, the stakeholders of the industry expressed the excitements on how the coming series would boost the business in the industry with more advanced technologies combined with the event organizers capabilities.