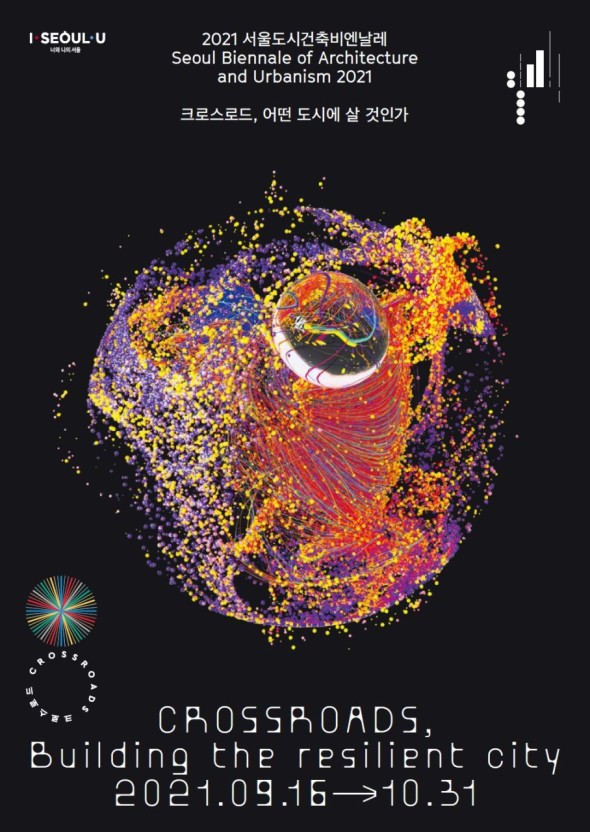 At DDP, Seoul Hall of Urbanism and Architecture, Sewoon Plaza,etc.

“Today, we know everything about the topographic features of the earth. The availability of more precise and massive data enabled us to develop a full understanding of the topography of the earth. We live in a finite world with little wild spaces left in nature. The natural landscape is increasingly becoming artificial, prompting man to develop a completely new perspective. In the old days people used to think that they always had a chance to discover unknown lands somewhere. Today, we are living in a world where we know everything about the earth and we need to own, preserve, and manage every part of the earth. In the future, we will need to build nature. These days there is no clear demarcation between nature and man-made. We should build nature just as we would construct a building and preserve nature just as we would preserve historical monuments.”

This is what famed French architect Dominique Perrault, general director of the Seoul Biennale of Architecture and Urbanism 2021, said about the theme of the Biennale last year. He gave this background to set the tone before speaking about “resilience” as one of the essential requirements for a city in the 21st century. He said, “The word resilience carries great significance today. Now we are in a situation where we should build a resilient city. Building a resilientcity requires, above all, the collapse of geographic boundaries and solidarity around knowledge, vision, skills and responsibility.” And the starting point for building resilience is the “crossroads (intersection and encounter)”.

The Seoul Biennale held from September 16 to October 31 in the global MICE city of Seoul is in full swing. Held under the theme of “CROSSROADS, Building there silient city”, the Seoul Biennale represents a long journey toward building resilience for leading global civilized cities. It also serves as a forum that brings together renowned writers and city officials from across the world to discuss ways to address urban problems and explore the future of cities. The Seoul Biennale that marks its third anniversary this year showcases the largest number of works in its three-year history with the participation of 53 countries, 112 cities, 190 artists, 40 universities, and 17 foreign government and public institutions.

Enjoying the works displayed in Dongdaemun Design Plaza(DDP), the Seoul Hall of Urbanism and Architecture, and Sewoon Plaza, visitors may find clues about the meaning of the “crossroads” and solutions to make cities more resilient. Exhibitions at the DDP include “Thematic Exhibition”, “Cities Exhibition” and “Global Studios”, which will prompt you to ponder over the topics of  resilience, sustainability, and aesthetics of cities.

Thematic Exhibition showcases of various works manifesting the interpretations of the artists of the “Crossroads”, the theme of the Seoul Biennale and investing questions of “How can infrastructure essential for the functioning of a city contribute to the city's sustainability (resilience)?” and of “How can architecture be transformed into a more suitable form of infrastructure for acity?” The exhibition features works of Thom Mayne who designed the San Francisco Federal Building, selected by Time magazine as one of the 10 most amazing modern buildings in the United States, and the works of Renzo Piano who built the Centre Pompidou, one of the three largest art museums in France.

Cities Exhibition explores the role of cities and architecture as key spaces increating a more sustainable world. Critics say that the exhibition presents aninnovative and original vision for improving the urban environment through five sub-themes: Ground/Underground, Heritage/Modern, Craft/Digital, Nature/Artificial, and Safety/Danger. The exhibition features works of Toyo Ito, the creator of Sendai Mediatheque, famous as a piece of experimental architecture that crafts the virtual world into architecture. Ito has been focused on restoring the relationship between nature and man through architecture, and applies the concept of dynamic equilibrium to architecture, referring to maintaining an equilibrium while adapting to the ever-changing environment.

Global Studios displays the research results of 40 domestic and foreign architecture colleges and asks questions about a fundamental space people create to protect themselves from threats from the surroundings under the theme of “haven”.

“Guest Cities Exhibition”, predicting the future of cities through exhibitions and discussions

Guest Cities Exhibition and Seoul Exhibition at the Seoul Hall of Urbanism and Architecture, and the Live Projects exhibition at Sewoon Plaza also investigate interesting questions about cities. Guest Cities Exhibition and Seoul Exhibition provide networking platforms between cities under the theme of “A future map of cities”. They offer a venue for many cities invited by the Seoul Metropolitan Government to hold exhibitions and share their experiences and knowledge. They present a “common story” that the city of Seoul shares with cities around the world.

The 38 projects from 35 cities highlighted “crises” such as unpredictable climate change, disasters, and diseases, and “future technology” such as artificial intelligence and automation that transform people’s daily lives. Guest Cities Exhibition showcases public projects such as Basel’s swim city project, Berlin’s Tegel Airport project, Chengdu’s innovation of Songyang cultural relics as examples of turning a crisis into an opportunity to build a resilientcity.

Seoul Exhibition focuses on the characteristics of Seoul as a city and its architecture and draws attention with works that expand the horizon of our thought on public space. Representative works include “Promise Park in Seoul” by Moon Kyungwon, an artist who has focused on visualization of existential relationships and contradictions between the real and the ideal world through various visual media. To visualize the modern and contemporary history of Seoul engraved in parks in the city, artist Moon derived a pattern from records and archives on parks in Seoul. Seoul Exhibition includes “Core” by Gilles Retsin, featuring modular timber building blocks that represent a fully automated residential system. He proposed transformative building modules, reminiscent of Lego blocks, tailored to Seoul with small plots and slope terrain. His work was praised as an exhibition that draws imagination through infinite transformation.

The opening ceremony was held online to comply with the Level 4 social distancing measures and was broadcast live via various platforms such as the official Seoul Biennale website, YouTube, and Live-Seoul. Seoul Mayor Se-hoon Oh said in his speech, “the Seoul Biennale will be an opportunity to reflect on the impact of the COVID-19 pandemic on cities around the world and to gather our wisdom to create a resilient and sustainable city.”

The Seoul Biennale offers a dedicated mobile app (search for the Seoul Biennale of Architecture and Urbanism) for an online view of the exhibition. It provides QR-linked audio commentaries, guide maps for exhibition halls, and information on exhibited works and artists. It also offers information that will help visitors better understand the works andintention of the artists, ensuring a high degree of satisfaction and unifying the offline and online visitor experience.